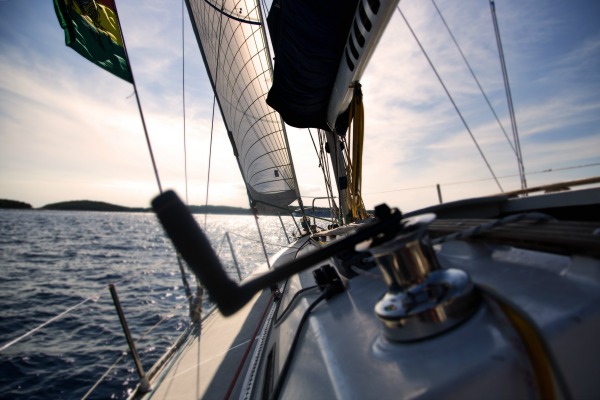 Hey everyone!  Allow me to introduce a concept that I like to call ‘Exponential Frugality’.  It’s a simple but different way to calculate the $$$ you’ve saved from being frugal. I hope you find it helpful, or at the very least, thought provoking.  Enjoy!

You may or may not consider yourself a fugal person.  After all, we all hold varying levels of awareness and/or commitment to frugal living.  Some exercise little to no restraint over their spending, while others take a measured approach to each and every purchase they make.

Frugality isn’t always chosen; at times it’s a forced reality, the necessary response to a lack of resources.  Inclination can also play a role.  In other words, there are people who will always be frugal to the core, regardless of their financial situation.

It’s no secret that around here, we place a pretty high value on frugality, in part because we understand the benefits, which extend far beyond dollars and cents.  I could argue that frugal living is the single most effective way to improve your finances.  But it does so much more:

1. Frugality can remove much of the complexity, thus stress, from life.

2. It shifts our focus away from materialism and the pursuit of stuff, towards something far more satisfying: relationships and experiences.

3. It results in less wastefulness.  In other words, it’s good for the environment.

4. Frugality frees up your most finite resource; time.  Because you’re spending less of it thinking about acquiring stuff, and then running around accumulating it, you have more time to spend on things that matter.  Your family & friends, being active, or pursuing interests you’re passionate about.

5. Frugality is also a freedom booster.  In other words, not being tied down to a monster mortgage or a large car payment makes it a lot easier to travel, change careers, or even retire early.

FROM FOUNDATIONAL TO EXPONENTIAL FRUGALITY

This is all great, but I want to stretch your thinking on frugality.  Frugal living is defined as the cutting back, or cutting out of a frivolous expense. It could mean denying yourself that daily Starbucks latte, or deciding to buy a big ticket item used instead of new, like a vehicle or a major appliance.

These decisions can have a dramatic, positive effect on your financial situation.  For example, if you normally buy a latte 5 times/week, you’ll save $1300/year by eliminating that expense.  Now, I’m not going to be the one to spoil your fun, so I wouldn’t dare suggest that you not drink a latte ever again.  Instead, let’s say you cut back to 2 per week, instead of 5.  You’re still saving $520.

Let’s say that you just bought a new house, and you need to equip it with appliances.  Would it be safe to say that you could potentially spend $1500 on each new stainless steel appliance?   The dishwasher might not cost that much, but the refrigerator and laundry pair could easily eclipse the $1500 mark.

I know someone who recently paid $5000 for their refrigerator.  Seriously.

Ok, let’s pretend that you are suddenly an extremely frugal version of yourself, so rather than head for the appliance Megastore, you source gently used appliances via Craigslist, or your local Buy & Sell.

In this case, I would suggest that $500 per appliance would be reasonable, and I’m probably  being conservative.

In 18 years of marriage, my wife and I have spent a grand total of $1300 on appliances.  Some we’ve received for next to nothing, but I mention this to reinforce that $500 for a used appliance is doable.

Congratulations, you’re now $5000 richer than you would have been buying everything new!

Using these two scenarios, it’s easy to imagine having less stress by choosing to be frugal with even a few select purchases.

The examples I’ve provided represent how most of us think about frugality.  You can either avoid making a purchase outright, or find a more inexpensive way of doing so, and then relish in the immediate savings.

But if that’s all frugality means to you, your missing out.  If you follow a couple of rules, the money you saved up front is really just the tip of the iceberg.  In other words, by investing the money you decided NOT to spend, and calculating it’s future value, the savings grow exponentially over time.

The concept is mind-numbingly simple.  So simple that you’re probably wondering why it took me 800 words to reach my point….which is this:

This is where the ‘rules’ come in.  If you’re buying things with credit, any money ‘saved’ is not being invested, and it’s also not a frugal purchase.  Furthermore, if you decide to celebrate your frugal win by blowing the money you saved on something you don’t need, then you won’t realize Exponential Frugality, because the savings is also no longer invested.

So, under the assumption that your spending comes out of your savings/investments, or the money you chose NOT to spend is instead transferred into an investment, it will continue to grow, with the benefit of compounding interest.

Recalling the appliance purchase, let’s look at the numbers.  The first example is how most of us calculate money saved by being frugal:

Here’s where we shift our thinking.  Let’s assume the $5000 that wasn’t spent remains in a long term investment for 10 years: Being frugal saved you $5000.  Exponential frugality has earned you an additional $4,110.

Let’s stretch it out over 20 years:

And, here is your future value: There you have it. By choosing to be frugal, and then keeping your excess funds invested, you could be $16,000+ richer 20 years down the road.

What are your thoughts on the idea of calculating the future value of money saved from frugal living? Please share in the comments below!

HOW I OVERCAME A SERIOUS CASE OF FINCON FOMO

INVEST IN THE TOOLS YOU NEED TO BE SUCCESSFUL