HAPPINESS AND THE REMINISCENCE BUMP 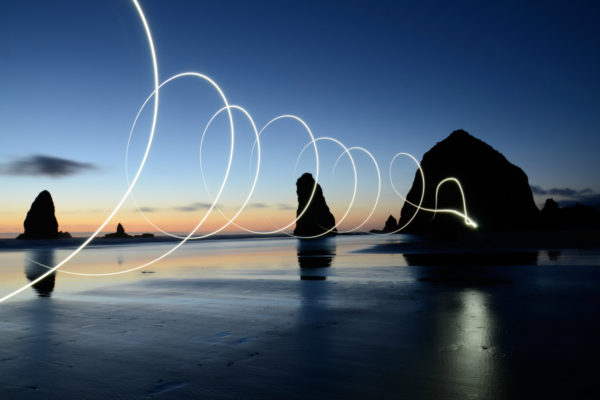 Hey everyone! Today’s post has very little to do with money, or personal finances for that matter. Instead, I explore a psychological phenomenon called “The Reminiscence Bump”, and explain how it can help to better understand the true meaning of happiness!  Consider it my contribution to the International Day Of Happiness, which happens to be today, March 20th! One thing I can conclude from this post is that for me, happiness has nothing to do with acquiring stuff. I hope you like it!

I’m going to go out on a limb here.

If you’re anything like me, chances are pretty good that you often spend time reflecting upon your youth, even on life as a young adult. In fact, you may even consider this period of time to be a ‘glory years’ of sorts, a magical period when time seemed to stand still. For many, our adolescence replays like a cycle of endless summers, rich friendships and new adventures. Even today, the memories can remain so vivid that just hearing a certain song, or watching an old TV re-run or movie will send you back in time, without any effort.

Does this sound familiar? I’ll bet you’re even nodding along as you’re reading this…haha, ok, maybe you’re not that engaged yet, but the idea is resonating with you on some level!

I can state this with some confidence, and it’s not because I have my finger placed so adeptly on the pulse of my audience 🙂

It’s because this is precisely how the vast majority of people identify with this period of their life.

There’s some pretty sound psychology behind it all. In large part, it has to do with something called the “reminiscence bump”.

WHAT IS THE REMINISCENCE BUMP? The reminiscence bump is the tendency for me, and you, and just about everyone, to carry a greater recollection of events from our adolescent and young adult years, than any other period of our lives.  Most psychologists would set this period to be anywhere between about age 10 and 30.

A person can experience significant events later in life, into their 30’s and beyond, but they won’t carry the same weight, when it comes to the ability to recall those moments years down the road.

Moreover, the emotions associated with the reminiscence bump tend to be very positive. In general, this is true regardless of negative external factors one may have experienced, such as a traumatic event or living through poor economic circumstances.

Like anything, there are numerous theories as to what causes the reminiscence bump. For example, one idea is that because this period occurs when a person establishes their self- identity, life events become more significant, and novel. Researchers have also suggested that our cognitive abilities are stronger earlier in life, which enhances our capacity to store the memories that occur during this time.

REFLECTING ON MY OWN REMINISCENCE BUMP I’m no psychologist, but I do find all of this pretty intriguing. Perhaps it’s because I tend to be the reflective type. To me, it’s not about living in the past, but taking time to appreciate life, and better understand the things that influence the person I am today.

For the record, I would estimate that my reminiscence bump lands somewhere between 1985 to the late 1990’s. This would cover age 10, to around the time my wife and I got married.

Often, I find that pop culture references from my youth tend to serve as a trigger of sorts. Anytime I hear the song Never Surrender, (Corey Hart) on the radio, or Everybody Wants To Rule The World, it’s 1985 all over again, and my brother and I are watching “Video Hits” after school, before heading out on our bikes for a Slurpee.

To this day, I have an unlimited tolerance for watching Back To The Future and The Karate Kid. Yes, that’s right…Karate Kid. Forget about CSI or The Big Bang Theory, I grew up on MacGyver and Family Ties, and later on, Cheers.

Again, the songs and the movies, they’re just triggers. The memories I carry with me are so much more meaningful. Here are a couple of examples that come to mind:

I’ve got a very large extended family. So many of my richest childhood memories involve the time spent with not only my immediate family, but my grandparents, aunts & uncles, and many cousins. Weekends in my home usually consisted of family coming to visit, and we would often travel to see our family in different parts of the country.  I have an incredibly detailed memory of so many of those moments, including details of conversations and the emotions I felt along the way.

My grandmother actually lived with my family during the last eight years of her life, and I can tell you I would not trade that time with her for anything in the world. miles in fact, to Vancouver, B.C. My brother joined me the following year. The next 5 years included travelling all over North America playing music with my closest friends, including my brother and my future wife, graduating from college, getting married, and beginning a family.
Needless to say, this was a transformative period which set me on a path that I’m still travelling today. It was tough moving so far away from home, but the experience allowed me to grow up more quickly, and many lifelong friendships were formed during this time.

HAPPINESS AND THE REMINISCENCE BUMP

If I can draw any conclusions from this brief look at the reminiscence bump, it’s that relationships with family and friends are the things that truly make me happy. The deepest memories I carry from my childhood involve the people closest to me. In other words, my happiness has nothing to do with acquiring stuff. On International Day of Happiness, it’s a great reminder. : )

I’d love to hear your perspective on all of this. Is your experience similar to mine, or is it something quite different. If you can relate to the reminiscence bump concept, what are the the most significant memories that define your youth?

CAN A PERSON BECOME TOO FRUGAL?

19 thoughts on “HAPPINESS AND THE REMINISCENCE BUMP”