HOW I’M LAYING THE GROUNDWORK FOR AN ONLINE BUSINESS 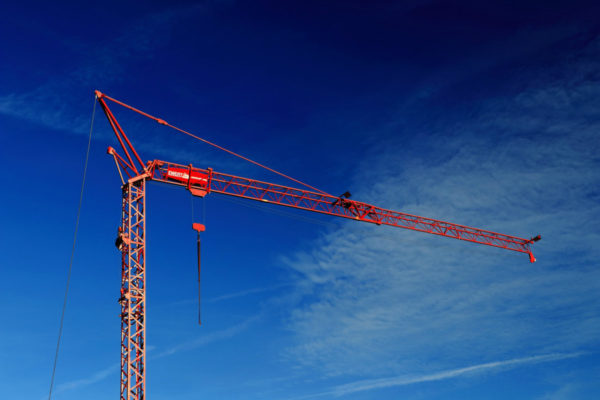 Hey everyone!  I don’t write a whole lot about monetizing my blog, in part because it really hasn’t been a high priority for me.  However, as with many personal finance bloggers, I do have a longer term goal of developing an online business platform.  For me, this includes but also extends beyond Mystery Money Man.

My priority is and continues to be writing about stuff that I find interesting, in hopes that it will be of some help or inspiration to my readers.  Often it’s money-related, other times I’m simply recounting my learnings in doing life as a people leader, husband and father.

Behind the scenes at Mystery Money Man, I’ve been laying the groundwork for an online business.  It’s not something I’m racing ahead with, but rather taking more mindful steps, at a pace that I feel is right for me.  I’m also not doing it alone, as I’ll explain later on.

I’ll be honest, as things are progressing, I’m realizing that the potential to build something pretty substantial is very real.  I could choose to be more aggressive, and attempt to force things along, but that doesn’t feel like the right approach.  There may come a time to go 100 miles/hour, but for right now, it’s slow and steady.

One thing I’ve realized is that I need to simplify.  I’ve been spreading myself too thin, and it’s hurt my ability to focus on everything Mystery Money Man related. : )  That’s why I’ve decided to shut down an otherwise great side hustle for the time being.

DROPPING A GREAT SIDE HUSTLE

A few months ago, I wrote a post about how I decided to start a side hustle recording music.  What began as a brief conversation with an up and coming singer/songwriter, turned into a full album,  produced by yours truly, in my fairly well equipped home studio.  We’re now finished tracking, and I’ll begin the mixing and mastering process this week.

At the time, I saw this as a fantastic side hustle opportunity.  Imagine being able to make some pretty serious money doing something you’re passionate about, in the comfort of your own home.

Some of my favourite moments over the past couple of months have involved settling into the comfort of my studio chair on a Saturday morning, coffee in hand, ready to track some killer guitar or vocal tracks.

With this project nearing the finish line, there are plenty of reasons for me to look for the next recording gig, but I’ve decided to put this great side hustle on hold for the time being.

Before you chalk it up to craziness, here are a couple of reasons why:

Ever tackle a home renovation?  Have you noticed how finishing it always takes more time (and money) than originally planned, no matter how small the job?

The same can be said for recording music.

In the case of my current gig, it’s taken considerably longer than the time I’d budgeted for when we’d set out.  There are a few reasons for this.  For starters, the project grew in scope as we went.  More songs were added, as well as the number of instrument and vocal tracks.  I even added a string section to a couple of tunes. : )

If music was my only side hustle, that would be ok.  After all, it’s been an enormous amount of fun!  But recording music isn’t my only focus, which leads to my next point.

You really can have too much of a good thing.

The time I’m spending recording music is a blast, but it’s conflicting with other things that are really important to me, including this blog.  For example, I’ve found it more difficult to maintain a regular posting schedule over the past couple of months because of the hours I’ve been logging in the studio.

I can make more money in the short term by recording music.  However, I’m more interested in building a scalable online business, as it offers far more earning potential over the long term.

I’m sure I’ll take on more recording jobs in the future, but it’s gotta make sense.  If someone comes along with a manageable project and an offer I can’t refuse, I’ll take it. The great thing about this side hustle is that there’s not a lot of prep involved.  In other words,  I can hit the start button with ease.

For now, I’ll stick with creating music purely for the love of music.  I’ve got a couple of projects to keep me busy, which includes finishing a few of my own songs, and experimenting with some new material.  Best of all, there’s no time pressure, I can go at my own pace!

BUILDING AN ONLINE BUSINESS – THE GROUNDWORK

When I launched MMM, I began spending a lot of time reading other blogs.  There are so many great writers out there producing incredible content, and I’ve become a huge fan of many of them.

One thing I noticed, however, was that a lot of sites lacked a strong brand presence.  In fact, many blogs didn’t even have a logo, and most that did, well….they left a lot to be desired.

I found that really surprising, as having a strong brand is so important for any successful business.  Brand recognition lends to the credibility, quality and professionalism of any business, even a blog.

In other words, when it comes to blogging, quality content is #1, but projecting a great brand image isn’t far behind.

DID I HEAR A FIVERR IN THERE?

What I also noticed was that a lot of blogger’s gravitate to sites like Fiverr to fulfill their logo design needs.  While I’m not saying you can’t get a decent logo via Fiverr, there are far more misses than hits.

In short, you get what you pay for, in every way.

I chatted about this with my friend Jay, who happens to be a fantastic designer.  Not only is he a close friend, we’ve also worked together on a number of creative ventures in the past, including Mystery Money Man.

I told Jay that I’d noticed a need for high quality logo design services within the blogosphere.

We came up with the idea of creating a logo design firm which could fill the void between large, impersonal (and costly) design houses, and sites like Fiverr, which offer very little in regards to quality and service.

I left the idea with Jay, and he ran with it.  In a very short period of time, BroGoLogo was born. Within the few months BroGoLogo has been up and running, we’ve had an opportunity to create logos for a number of websites, as well as bricks and mortar businesses. The feedback we’ve received has been incredibly positive.  We’ve even worked with some fantastic blogs, such as Get Rich Quickish, The Pearly Pig, and Building-Income.

As the main design guy, Jay is the driving force behind BroGoLogo.  I provide input into some of the design work, as well as help with business development, but my primary focus remains Mystery Money Man.

YOUR BLOG IS A MONEY MAKING PLATFORM

One of the things I learned about blogging early on, is that your blog is a money making platform.  So don’t limit your income potential to things like sponsored posts, Google Adsense, and affiliate links.

Grant, over at Millennial Money has some fantastic content related to this topic, and his site never ceases to inspire.  While Mystery Money Man and BroGoLogo are still very much at the ground floor, Millennial Money is making national headlines for creating wealth by building a diverse online business platform, including a myriad of effective side hustles.  What he’s accomplished is nothing short of incredible.

For the time being, the sole focus of BroGoLogo is logo design.  But the real potential lies elsewhere. Many of the same clients looking for a great logo, are also in need of many other, related services.  Digital marketing, social media management, help with SEO and consultation on blogging or personal finances, you name it.

It’s where BrogoLogo and MMM intersect.

At this point, it’s just groundwork.  We really haven’t accomplished anything yet.  But the foundation is being laid, the support systems are being built.  It’s pretty exciting stuff!

If you know someone who might be interested in a great logo for their business, their band or their blog, send them over to BroGoLogo.com to get in touch with us.

You can also email me anytime at info@mysterymoneyman.com for more information, and I’ll steer you in the right direction!

Last but certainly not least, I’ve gotta give a big shout out to J.Money and his crew over at Rockstar Finance, for inviting BroGoLogo to be a part of their Rockstar Designer Directory.  If you have a few minutes, head on over to check out the profile!

ALL CAR REPAIRS FALL INTO THESE 3 CATEGORIES