January Goal Confessional: I Missed Every One. 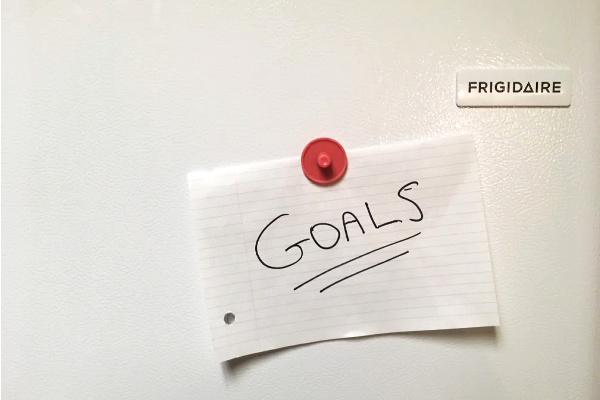 My apologies to the “it’s all about the hustle” crowd.

There’s no point in trying to sugarcoat this.

I set 3 personal goals for the month of January…and came up short on every one.

If you didn’t catch my goal setting post in early January, allow me to bring you up to speed.

Tired of the ‘same old’ no-spend Januaries of 2017 and 2018, I decided to challenge myself with something new this year, something fresh.

I set the following three goals for the month of January:

That’s what I wanted to happen.

I Earned $550 Of Freelance Income

I don’t write about this too much in the blog, (my email subscribers are privy to more details), but I started freelancing as a side hustle in 2018.

I absolutely love it. I’ve increased my income, developed new skills, made some great friends, and built a scalable business.

Looking back, the goal wasn’t realistic. The work was there, but between my 9-5, family commitments, not to mention a couple of other projects I’m working on, the $1000 threshold was out of reach.

I’ll say it again. To the “it’s all about the hustle” crowd, my apologies, I let you down.

There will be months where $1000 is doable, but I would definitely have to clear my schedule to make it happen.

As for the next goal….

I Got To The Gym 11 Times In January

I’m not one to make excuses….but that’s precisely what you’re about to hear.

Halfway through January, I was on track to hit my target for trips to the gym. I was on a roll, I was feeling fantastic.

And then my refrigerator happened.

It not only knocked me off of my fitness goal for the month, it laid waste to my savings target of $2000. More on that later.

Mid-month, we noticed that our fridge had stopped working. So I got on Youtube, tried diagnosing the issue, heck, I tore half the fridge apart.

After an entire evening spent troubleshooting, it was clear that the old Kenmore we paid $100 for a couple years back had chilled it’s final gallon of milk.

When your fridge goes, you find out pretty quick which household appliance is the most important.

Washer? Dryer? Not a chance.

Is a hot water tank a household appliance? If so, it would be a close call.

I mused out loud about trying to find a used fridge. After all, my wife and I save money buying most big ticket items used.

But a family of five, this was no time for frugality.

And if I couldn’t reach that conclusion on my own, the look in my wife’s eyes was the only motivation I needed.

Saturday morning, I drove straight to the appliance store, and found our new fridge.

To save $100 on delivery, we decided to pick up the fridge ourselves.

We removed the middle seats from our van to make room for the new fridge, but as I was lifting the first one into the garage, I felt a sharp pain in my lower back.

The seat wasn’t that heavy, but it was bulky and awkward to carry, which made it impossible to bend my knees properly when putting it down.

The result? I aggravated an injury (herniated disc) that I had sustained a couple of years ago.

It wasn’t anything major, my back is fully recovered, but it kept me out of the gym until the last couple days of January. I didn’t want to risk making it worse.

As I alluded to earlier, I also came up short on my $2000 savings goal. My wife and I were able to save $1675, which is fantastic, but it was shy of out target.

The shortfall in savings was the direct result of not meeting my freelance income goal.

While I was pleased that we were able to save $1675, our net savings was closer to $770, after having to cashflow a refrigerator.

There you have it, January goals re-capped.

Maybe I didn’t hustle hard enough. Perhaps I should have pushed through the pain at the gym. Was the fridge breaking down a stroke of bad luck?

My Take On Things

In my mind, I put balance ahead of hustle. I gave myself the time to heal, and I had the funds to cover a money emergency.

To me, January was a real good month.

You know what they say about a spoonful of sugar.

I’d love to hear your thoughts in the comments below. How was your January? Do you set monthly goals?

Kids and Money: The Value Of Planting Seeds

4 thoughts on “January Goal Confessional: I Missed Every One.”